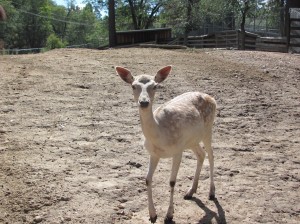 Fallow Deer at the Zoo

Taffy and Nougat –   In 2004, these adult female fallow deer were confiscated by Fish and Wildlife from someone who had them illegally as pets. Taffy is the most curious of all the Fallow deer, and has the sweetest personality.

Originally a Eurasian species of deer, the Fallow deer is now widely scattered throughout Europe and a vast region of Asia. It is also found in some parts of the Middle East, the Mediterranean, and a few areas of the United States.

Unlike many deer, the Fallow deer prefer to go under an obstacle rather than jump over it.  The fallow deer in our care were confiscated by Fish and Wildlife from someone who had them as pets.  They are now dependent on humans for their food and will live out their lives with us.

Generally, only a single fawn is born, although twins are not uncommon. 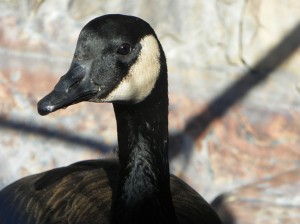