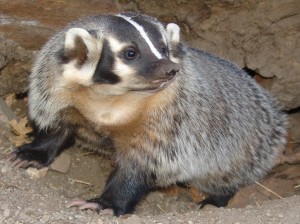 Lotus Blossom – She came to the zoo in December of 2005 when she was one year old. She was found abandoned at the side of a road at a very young age and was raised by a rehabilitator. Since she was so young when she was found, she imprinted on humans and could not be released back to the wild.  She is an excellent ambassador for her species and readily engages with guests as they walk by her habitat.

Badgers can be very aggressive when threatened.  They have been known to back down bears when confronted.

American Badgers are a fossorial carnivore which means they are adapted for digging and living underground. Most of the food they eat, they find underground such as pocket gophers, ground squirrels and moles but they also eat some plants and even poisonous snakes.

Badgers have been known to live to about 25 years in captivity, although a life span of 15 to 20 years is more common.  Badgers can have from 1 to 5 offspring but 3 is the average. Badgers are found mainly in the western regions of North America and also portions of Canada. 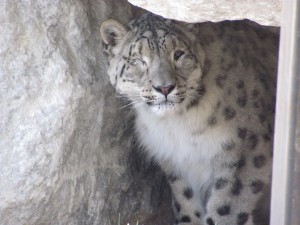 In order to avoid being detected by predators, coyotes can walk on their toes…